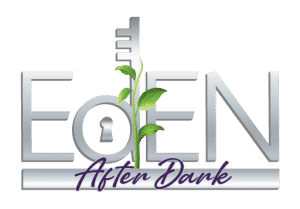 Persons accessing or having accessed this website, Eden After Dark its parent company or its subsidiaries, digital platforms, profiles on social media, in person events, applying for membership hereinafter known as applying to be a “Keyholder” , being a Keyholder and/or attending an event you (if partnered, both persons) represent covenant and warrant the following Terms & Conditions:

1: Representation of Good Faith. We represent that we approach Eden After Dark and its affiliated companies, organizations, groups, members and attendees (“the beneficiaries”) in a sincere desire to learn about and possibly participate in the Lifestyle it supports, intending no harm, interference or disruption to the organization or to the lives of any who adhere to its precepts. In consideration of being permitted to attend an event sponsored by Eden After Dark, we agree as follows.

3: Provision as to police officers and other agents. Eden After Dark understands that police have a duty to enforce laws and to investigate suspected violations of them, but that the U.S. and Nevada Constitutions and the laws of the State of Nevada limit the rights of officers to do certain things without consent. We warrant that, if we are police officers or government agents of any kind, we are present at any Eden After Dark event only in our private, individual capacities. We warrant that, if the foregoing statement should prove to be false, we are investigating any of the beneficiaries without disclosing our official capacity or purpose, and that our presence at any Eden After Dark event, or those of its affiliates or members, is an entry into private premises without consent, in violation of the 4th Amendment to the U.S. Constitution and the privacy clause of the Nevada Constitution; we further warrant that we are here at the direction of our employers and are acting within the scope of our employment. Damages: (a) We stipulate that an appropriate amount of liquidated damages for the illegal taking of evidence which results in legal process, civil or criminal, against any of the beneficiaries is five dollars times the number of residents in the county in which the violation occurred, which reflects a reasonable estimate of probable compensatory damages for loss of privacy, including humiliation, emotional distress, necessity to pay legal fees, loss of employment or advancement, and other injuries, the amount of which is uncertain. This amount shall be awarded to each beneficiary against whom civil or criminal process is brought, including execution of a search warrant. (b) If no process is executed but evidence is gathered, we stipulate that the amount of liquidated damages shall be two and one half dollars times the number of county residents, awardable to each beneficiary named or described by the evidence; we acknowledge that Eden After Dark and all beneficiaries are affected to some degree by a violation of this subparagraph, consisting of a loss of privacy and a fear that unwarranted charges will someday be brought. A final award under this subparagraph shall not prevent a subsequent proceeding if charges are thereafter filed against a beneficiary, but the first award shall be an offset against the later award.

4: Provision as to members of the press. We represent that, if we are members of the press (including television), we are present at any Eden After Dark event only in our private, individual capacities. We warrant that, if the foregoing statement proves to be false, we are here at the direction of our employers and are acting within the scope of our employment; that we are violating the rights of the beneficiaries to privacy, under common law and the Nevada Constitution; and that an appropriate amount of liquidated damages for any published report made which portrays or describes the activities of any beneficiary is ten dollars times the number of readers or viewers of any medium which publishes the report, which reflects a reasonable estimate of probable compensatory damages for loss of privacy, including humiliation, emotional distress, necessity to pay legal fees, loss of employment or advancement, and other injuries, the amount of which is uncertain. This amount shall be awarded to each beneficiary named in the report or described in such a way as to permit identification of the beneficiary by application of the description to publicly available information.

5: Indemnity: (applies to all). We agree to indemnify and hold harmless the beneficiaries and Eden After Dark for any harm resulting from our violation of this agreement. If we knowingly give information to a journalist or law enforcement officer, we are liable (a) under the terms of paragraphs 3 or 4, and the beneficiaries may elect liquidated damages under either of those paragraphs which applies, or (b) the indemnification provision of this paragraph, in order to establish the amount of awardable damages. The measure of damages for purposes of indemnification shall be the same as in an action sounding in tort for invasion of privacy, plus any lost wages resulting from loss of employment due to a violation of this agreement. The beneficiaries are entitled to reasonable attorney’s fees, both for the enforcement of this agreement and for the prosecution or defense by the beneficiaries of any other legal action initiated as a consequence of our breaching this agreement. The pursuit of any other remedy, including tort, is permitted in addition to the above provisions.

6: Notice of compelled or requested testimony. We agree to notify Eden After Dark immediately upon receiving information that either of us will be required or requested to give evidence to any public official or court in any matter relating to Eden After Dark. We agree to assert all available privileges, including this agreement, and not to give such evidence unless compelled by a court. (Remember, you can and should politely say NO to a police officer requesting a statement. It’s your right.)

7: Arbitration. In the event of a dispute under this agreement, binding arbitration shall enforce it. The arbitration shall take place in Nevada, County Of Clark under Nevada law, and under the International Rules of the American Arbitration Association, unless the parties agree on different rules or venue.

9: Duration and limitations. This agreement shall continue in force and apply to all attended events and communications between beneficiaries. The period of limitations for any violation of this agreement, including representations and warranties, shall not commence as to a beneficiary until that beneficiary receives actual knowledge of the violation, and shall not be less than three years wherever an action under this agreement is brought.

10: Exclusion & Release Of Liability- Assumption Of Risk. As a condition of your use of facilities at Eden After Dark events including, but not limited to, hot tubs, pools, devices, fixtures, buildings for appurtenances, the undersigned assumes all risk of personal injury, death, disease or property loss resulting from any cause whatsoever including, but not limited to contact with natural or man-made objects, patrons, guests, invitees, licensees, employees, agents or its owners due to intentional acts, negligence or breach of contract on the part of Eden After Dark, its owners, employees, invitees, agents, licensees and the owner of the facilities.

12: Eden After Dark and its owners, employees, invitees, agents, licensees and the owner of the facilities are excluded by and released from all liability by the attendee.

Eden After Dark would like our guest to feel safe and ask that if you have any of the known flu like symptoms that you do not attend any events. If you have paid for an event, Eden After Dark will credit your account for a future event of the same value.

14: Persons accessing or having accessed this website, its digital platforms, profiles on social media, or in person events; covenant and agree that in no event, and at no time , shall either of them disparage, denigrate, slander, libel or otherwise defame the other or the other’s businesses, services, properties or assets, or employees, personnel, agents, or representatives. Such acts will be pursued under Nevada law in the State Of Nevada County of Clark unless another venue is agreed upon by both parties.

15: No party is authorized to use the name(s) and/or logo(s) of Eden After Dark, its parent company or subsidiaries for  any purpose without the written consent of such Party. The use of the name of the other Party to mention factually the collaboration is however authorized. For collaboration requests please contact Admin@EdenAfterDark.com or send a correspondence to: Eden After Dark 101 Convention Center Drive Las Vegas NV, 89109